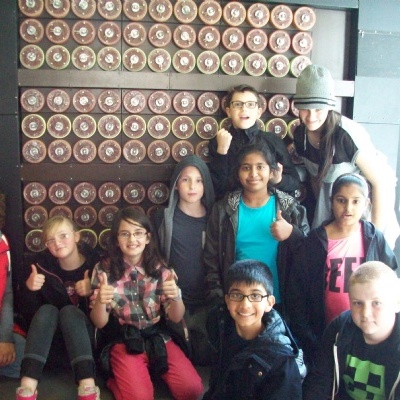 On arrival the group were given a guided tour of the park and then some time to explore the park. The students had great fun in Hut 8 using the interactive displays to break codes, dressing up in war time uniforms and relaxing on the set of “The Imitation Game” which was filmed at Bletchley Park.  After lunch the students took part in a “Coding and Ciphering” workshop and were then shown an Enigma machine, which some of the students were allowed to use to decode a message.