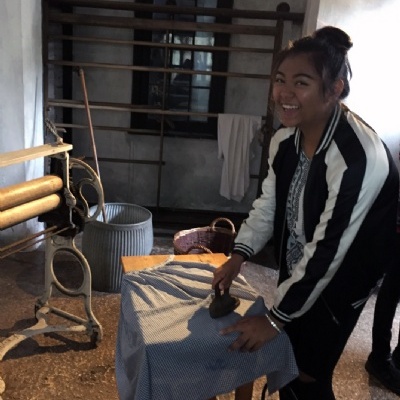 On the 7 July, year 8 and 9 History students visited The Galleries of Justice in Nottingham to experience Georgian and Victorian crime and punishment as well as courtroom workshops and debates.

- Crime and punishment tour  The students became 'convicts' and experienced being ‘sent down’ in the original Courtroom.  Prisoners and gaolers acted as their guides around the site, including original Georgian and Victorian cells, the prison laundry, medieval caves and the prison exercise yard.

- Historical courtroom workshop:  Elizabethan privateers: heroes or villains?  The students had to decide if the 16th Century Privateers were legitimate envoys of the Queen or in fact immoral, ruthless villains.  All the students took part in a play, with different characters being assigned to them to act out.  11 students formed a jury, who with the help of one of the facilitators concluded with a verdict.