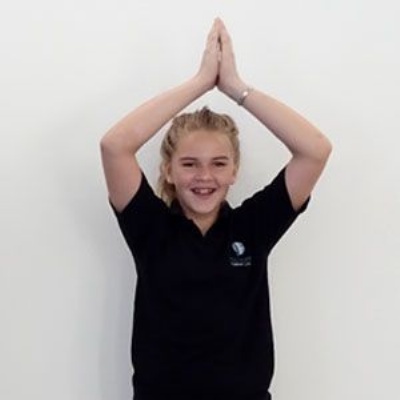 The International Day of Yoga aims to raise awareness worldwide of the many benefits of practicing yoga. The event at Fullhurst Community College was organised by Mr Steve White MBE, a Fullhurst Governor, who recently visited India and had the privilege of experiencing yoga with Swami Ramdev at his retreat Rishikesh Yog Peeth in the Himalayas.

The theme for the 2017 celebration was 'Yoga for Health.' The theme highlights the fact that yoga can contribute in a holistic way to achieving an equilibrium between mind and body. Students were selected to take part in a yoga experience which introduced them to the health and wellbeing benefits of the practice. Students were also live on Fullpower Radio interviewing specially invited guests from the International British Academy of Sports and Education as well as Yashvardhan Kumar Sinha, the Indian High Commissioner to the UK.

Mr Steve White MBE, Fullhurst Community College Governor, said: “It was a great opportunity to introduce the benefits of yoga to our students. Alongside improved posture, flexibility and strength, other key benefits of yoga practice include improved concentration, better quality sleep, less stress and tension and improved mental focus; all of which in turn can result in positive effects on academic achievement.” 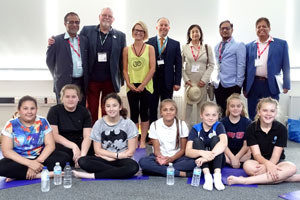 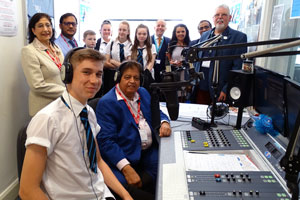