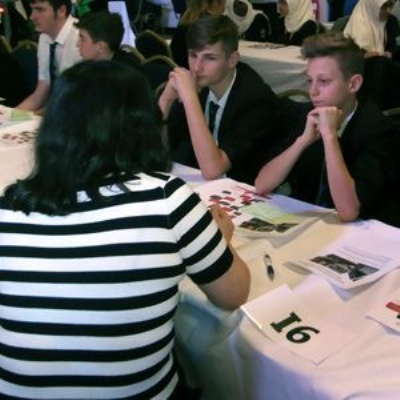 Organised by the Leicester and Leicestershire Enterprise Partnership (LLEP) and held at Leicester Racecourse, the event featured companies representing a wide cross-section of local industry and commerce.

Students were put into groups of three and spoke to different employers in bursts of six minutes. In that time they asked employers about their job roles, organisations and the steps to employment. Fullhurst students met with a solicitor, an engineer, a NHS recruiting executive, a marketing officer, a pharmacist, a CEO and a mechanic.

All students reported that they found the event useful stating that as a result of the networking event they now:

All said that they would recommend careers speed networking to other students as a  good source of information about potential career choices.