Fullhurst is ‘well above average’ and in the top 200 highest performing schools! 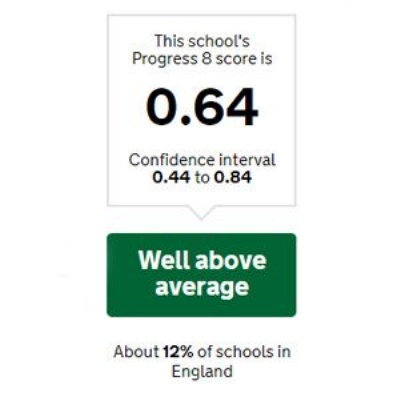 The Department for Education has released new performance tables showing that Fullhurst is one of six city schools leading the way under the Government’s new performance measure Progress 8.

Progress 8 is a new measure of the progress pupils make between the end of primary school (KS2) and the end of secondary school (KS4). It’s designed to encourage good quality teaching across a broad curriculum.  It looks at attainment in eight GCSEs (or equivalent) subjects from grade A*-G (9-1 in maths and English) for each pupil. 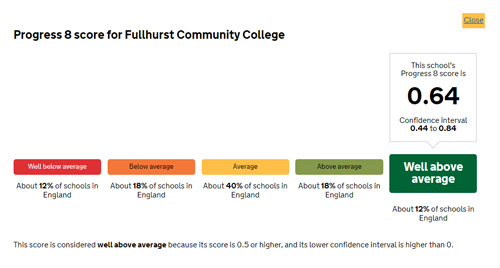 Progress 8 scores generally fall somewhere between minus -1 and 1.  The number is then placed into one of five bands:

With a Progress 8 score of +0.64, Fullhurst Community College is ‘well above average’ and in the top 200 highest performing schools in the country.

Steve Piggot, principal of Fullhurst, said: “We’re extremely pleased. These are record results and down to the hard work of staff , students and parents. The qualifications gained by our young people are a vindication of all of that work.”