We are delighted to announce that a group of year 8 students reached the finals of the prestigious annual Ryman National Enterprise Challenge, the UK’s largest school’s enterprise education competition.

The Ryman National Enterprise Challenge is part of the Inspirational Learning Group, whose aim is to provide innovative and enterprising off-timetable events for schools, colleges and universities; engaging, inspiring and motivating students to be the best they can be. The Ryman National Enterprise Challenge has attracted over 450 schools and 200,000 students since its first challenge was launched back in 2013.

The 2018 challenges were set by supporters, Ryman and KidZania -an indoor city ran by kids.  Key Stage 3 students have been designing a new activity for KidZania’s Indoor City at the Westfield Shopping Centre in Shepherd’s Bush, London. The activity included creating a You Tube advert and considering how many Kidzos (Kidzania’s official currency) it would cost.

Year 8 students at Fullhurst competed against over 200 schools in this year’s challenge and our winning group of students were  brimming with anticipation and excitement as they joined students from 160 schools at the finals on Wednesday 4th July at The International Centre, Telford.  Perri Kiely and Jordan Banjo of Diversity, hosted the exciting event.

Challenge Ambassador, Theo Paphitis, entrepreneur, retail magnate and well known for his appearances on nine seasons of Dragon’s Den, said “some of the best pitches I’ve seen on The Ryman National Enterprise Challenge over the years have been even better than the ones I saw in the den!”

Mr Modi, Business and Enterprise leader, said: "There are not enough superlatives to express how proud I was of their four minute presentation to the judges, the result of many hours of hard work over the past few months. Their Spy Kids activity had three challenges testing mental, physical and skill ability. Unfortunately, they didn't make it into the top five groups but there were 1400 students present. The students represented the college brilliantly!" 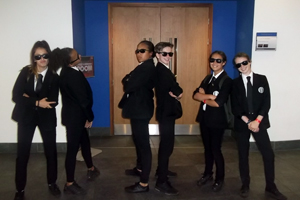 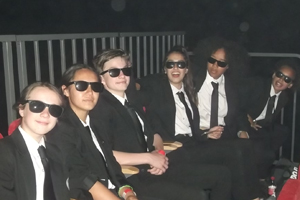