Film is widely acknowledged as the major art form of the 20th century and today film continues to be an important part of most people’s cultural experience.  We aim to build upon students’ own experience of film, as consumers and creators, and to encourage a recognition of the complexity of this experience within an increasingly globalised, interconnected environment.

We aim to ensure that all students who opt for Film Studies:

Students are taught about the following areas of the film industry through the use of set texts from different areas of the industry, including Slumdog Millionaire, Tsotsi and Rebel Without a Cause.  Students will study: 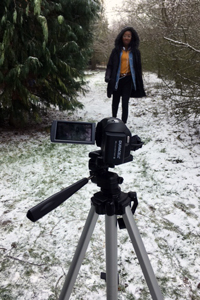